Arnaud GUIMARD borned on May 14th 1975 the 14th in Abbeville, capital of the “Picardie Maritime”. He took its first training course of accordion with Jacques Pruvot when he was five years old. Michel Pruvot continued then to be coach for several years. During this time Arnaud learned the practice of the accordion style, the one that does dancing and singing all people in France. 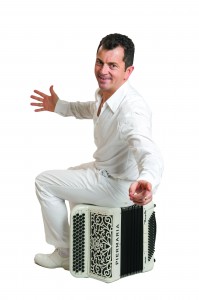 In 1990, Arnaud is 15 years old and he realised that his future would be done the accordion in his arms.

While following his schooling in Abbeville, he went to visit every week Mr J.C Fath, professor to the conservatory of music. He improved with him different styles of accordion: accordion, classical, jazz. He also learned music theory, musical writing and then Arnaud started quickly to win his first accordion award.

It is equally the time of the first Arnaud’s dance with accordion music that meets quickly a dazzling success.

It 1994, he recorded his first album, “Accordéon en ballade” in the Eric Bouvelle’s recording studio. His baccalaureate in pocket, he decided to go to Paris for three years, to consecrate himself to the accordion study only.

He obtained a musicology license at the University of Paris 8. He also followed the training course of Frederic Deschamps, professor at the conservatory of Paris 9th. He participated then to many international competitions in the entire world.

Since 1996, his dance booking explodes. Organizers have to reserve booking one year in advance to get Arnaud’s performance. Arnaud is also regularly invited to the Pascal Sevran’s TV programme: “La chance aux chansons” and “Chanter la vie”. One will also see Arnaud in many TV programmes of France3.

Composer, he is also a member of the SACEM.

Now, Arnaud Guimard is the composer of more than one hunched of accordion piece, he produce himself everywhere in France, in solo or with his orchestra for the pleasure oh the accordion dancers. 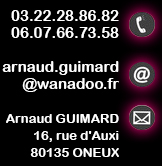 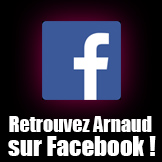